Transpacific container spot rates between China and the US West Coast and US East Coast have been on a steady decline since peaking in early January, says a report by the digital freight forwarding platform Shifl.

Particularly, West Coast rates dropped by 52% and East Coast rates by 50% in March 2022 compared to January 2022, as inbound volumes continue to fall.

"As we predicted, we have seen a sharp decline in freight rates in the last three months due to a decrease in sales and full inventories as we enter the traditional post Chinese New Year lean season," stated Shabsie Levy, CEO and founder of Shifl. 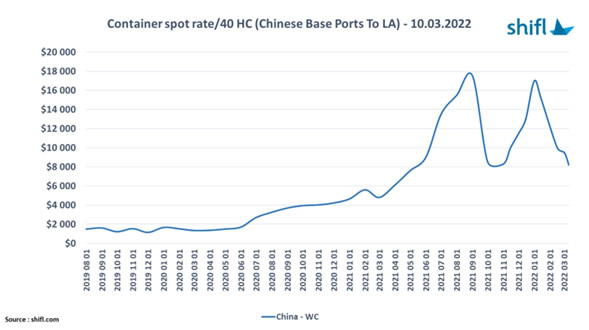